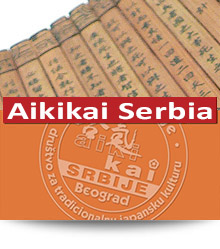 Behave as one leaf. What does that mean? At the end of its life a leaf falls off the tree, falls down on the ground, to the river, to the sea. 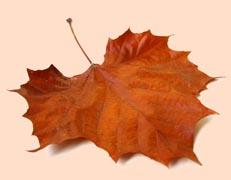 Because of its nature it can not sink. A weak leaflet floats and defies the mighty waves that try to sink it. With full force, vast quantities of water fall on it, but its strength is none, their force is lost since there is no resistance. So, when the mighty wave comes from one side and holds a leaflet with the watery hands of its power,the leaf just, small as it is, relaxes and continues its dance, letting the wave go with the light turn, continuing its dance on and onà...

For a moment it seems that it's sunk and completely lost, but the next moment here it comes again emerging on the surface, ready to play another game with incoming waves, full of strength. As opposed to it, big and powerful rocks take the beating of the water well, but in time they are ravaged.The leaf continues to float because it does not want to fight, to be opposed. Do not be like the rock, be like the leaf. I would say this to beginners. It is easy to theorize, and even easier to make comparisons such as this one. But my thoughts grow deeper. I do not demand to conquer one's nature just after a few short training lessons, but I want to create the initial spark that will throw us to meet the Aikido, not only on the outside but inside as well. The spectacular side or the technical impression this Art shows (and it is effective too when performed by a skilled master) can fool us and lead us to believe that in a certain time and through certain training anyone can reach the same result. That what a master recognizes as real and truthful is nothing else but the fruit grown from the seed that was planted a long time ago in the depths of his soul.Too him everything is transformed into one natural impulse. There are no attacking enemies any more or techniques to perform, no fighting schemes. There is only one force, the cosmic one, the one from which we all came and to which we gravitate. That power, once harnessed, spontaneously acts and allows us to move or evade in any direction. That power transcends our overall wish and becomes an instinct. Then geometric figures and the magic of the movement are born. Those words, uttered so many times by the Teacher Morihei Ueshiba, blossom spontaneously from our bodies: circles, triangles, squares and legs are moving, hips turning, hands as well. That is Aikido, the Tanden Power, the place in our body from where the power flows, which uses the breathing techniques as the source.

The beginner must learn all of this as soon as possible. Of course, these components, if observed superficially, especially if their performance is left to insufficiently trained persons, can become the center of the Aikido system. But with the master,a real one, you can feel more than just strength. It does not come from their musculature or agility. It is something like intuition that allows them to supercede the attackers actions. Beginners must be informed about everything,they need from them to see and learn the true Aikido, and also to realize that much effort and years are needed for mastering it. It is necessary for them not only to learn by watching the superficial form of Aikido, but also to sense the inner strength of it, obviously hidden in our depths, because only the deepest widths of our soul are fertile ground for the tiny seed that gives birth to the basis of Aikido. Someone will confront all this, and say that there are too many tasks for those that are beginning training, but it is not so. One that leaves, well informed about the difficulties he will meet (that is becomes aware of the real values of what he has embarked upon) will be protected from disappointments along the way and will always be able to find within himself the power to keep going on.

Aikido is difficult because it is the road to simplicity, and all that is so simple causes confusion in our brain. We want to find the values and reasons, the motives and proofs.

Our era is no more the era of faith, and when a man looses his faith, especially faith in himself, he is left disarmed and hesitant. We need to renew our faith, but not by means of scientific factors, social position, successes in sport or similar. We need to keep the belief that we are only a part of the universal force, which is unlimited and indestructible. Once we have established self-belief, nothing is impossible, because the only and the ultimate is only a question of our will. So, embark on the road of simplicity, which is there to keep us on the right path. That is how we will learn to listen to ourselves, completely and sincerely, and only then willwe have a complete estimate of our capabilities. In a conclusion, and as a help to beginners, I will tell one Zen story. The story tells about a man and a cow. It has ten episodes, full of deeper meaning. The first episode is of search.A man leaves the secutity of his home to find a cow in the dangerous woods. The second is of the motive. He finally discovers the tracks of the animal. The third is of seeing. He sees a cow. The fourth is of capturing. The most difficult one. The animal wants to live freely, but the man takes away its freedom and ties the cow up. The animal's rage is negative material strength.The man does not hesitate and uses the whip. That is the only way he can have complete supremacy over the animal's resistance. The fifth is of control. The animal is tamed now, it goes willingly to the field to graze, but always overseen with special attention. The sixth is of relaxation. To move the tamed animal the man climbs on its back, and sees the thing he was not able to see before, during the search or taming. The seventh is of separation.

When the man returns the cow, he leaves the whip, and frees the cow. The eighth is empty.

The man and the cow. No meaning and no need to understand anything. The ninth is of the return. That is the return to simpler things, perpetual motion, and no problems.The man does not leave the house any more, he is in it in complete freedom. The tenth is of the man, what he sees after mastering simplicity. Now he possesses the real treasure. Now he can move, go to town, be back home, meet people, talk, be silent, being relaxed all the time and in harmony with everything (wa - jap). The meaning of these ten episodes is obvious. They are given here because they can be the indicators of our everyday problems.The same as those in Aikido.

The beginner that throws himself with zeal on the first technical difficulties, if he becomes aware of the next problem, is like the man that was searching for the cow.He spends effort to find it, tames it, and only when he returns home does he find out that it was all insignificant, that there may never have been any cow, or if there was, it had no value.True value comes from within us, slowly, across many different roads, but always-difficult ones. And so on, all the way to emptiness, until we finally find our true being.

That is simplicity,the path of simplicity, that teaches us to react to the flood of life the same way as a leaf does.

Translated from the "Aikido" "Aikido" Magazine – of Aikikai Italia
(Aikido Bulletin No. 2 of Aikido Society "Beograd" published on 1982 October, 15